Dominating the news today are headlines stressing the following…there are no jobs, Vampires rule the box office and gay American Idol runner ups can’t kiss boys on live television but girl on girl action is okay with the networks (Madonna and Britney).

In motorcycle news the following is hitting the wire…

The daughter of a slain local leader of the Hells Angels Motorcycle Club and three local men were arrested Monday on drug and weapons charges after authorities found firearms, explosives and illegal drugs in their homes.
Her father, Dwight Sluder, 48, was found dead in his house in northern Forsyth County on July 15. He died of a gunshot to the head.
Cincinati.com is reporting
http://news.cincinnati.com/article/20091124/NEWS010702/9112503/Man+guilty+of++motorcycle+club+murder

Larry “Head” Washington guilty of murder Tuesday.
And also in CINCINNATI – Bobby Luke of  Aurora, Ind was arraigned on aggravated vehicular homicide charges Wednesday in the deadly motorcycle accident in Whitewater Township. He was driving like an idiot doing wheelies and of course, alcohol was also involved.
Not much more to report. Thank God!
It will be a quiet weekend on the BAM front. Not too many people ride when they are eating Turkey and watching football – which is what I’ll be doing. After an 8 mile run up Rocky Point off the 118 just East of Simi Valley here in the Los Angeles, California area. Running 8 miles up a steep hill = eating as much as I want with no guilt.
Hope everyone has a wonderful holiday weekend and good luck to anyone who is going to fight the throngs of humans at the malls on Black Friday.
Signing off from the BAM headquarters in Los Angeles, California
Canadian Red
BAM Girls in Syracuse, New York 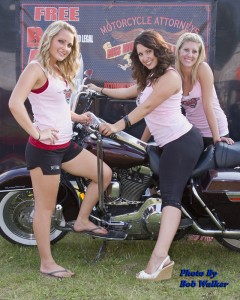