Here are some photographic highlights. During the show, the folks over at Indian Motorcycles would fire up their stock Indian Scout on the Dyno, filling the huge room with deep throaty revs through every gear. There’s nothing quite like hearing a big v-twin fired up and revved in doors. 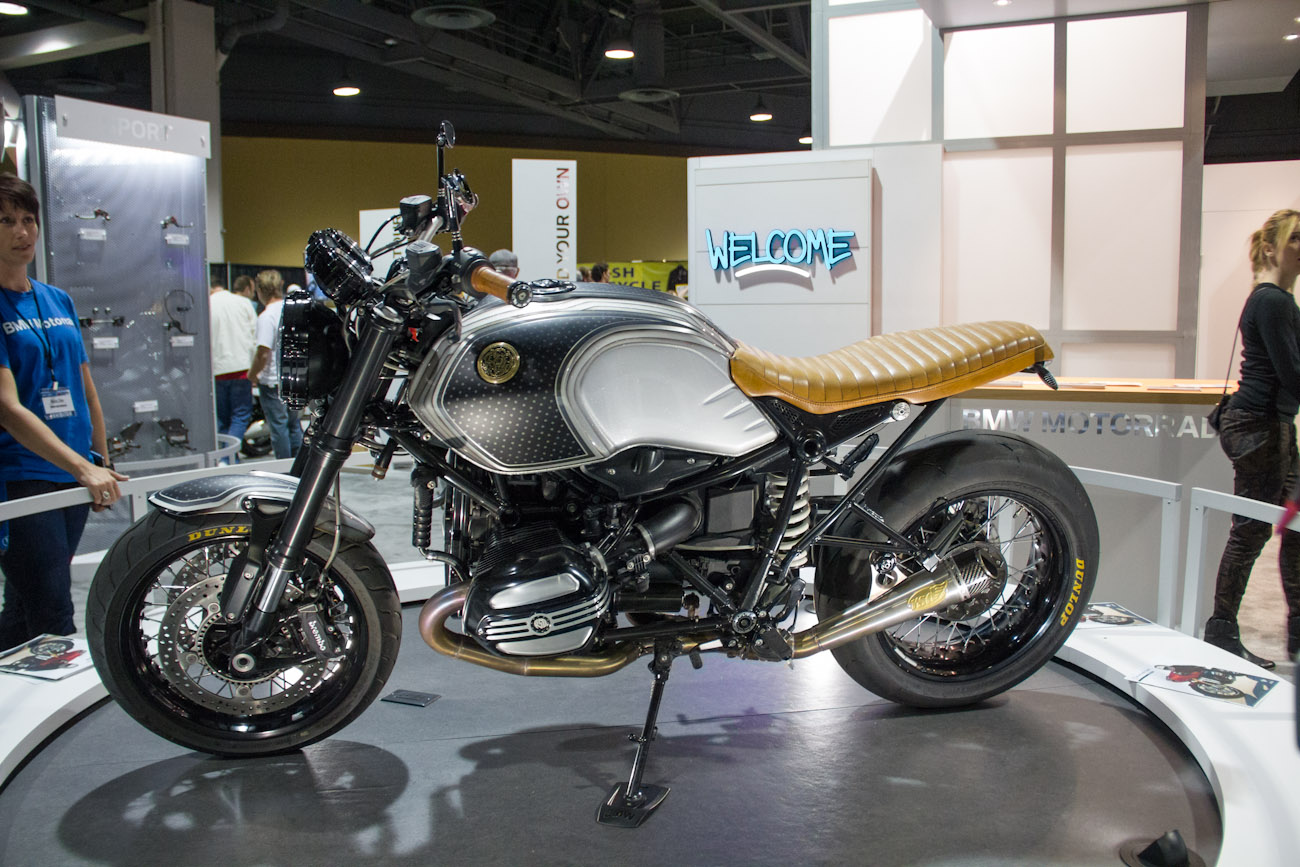 One of the most visually appealing motorcycle displays of the whole event was the BMW R nineT custom from Roland Sands Design. The platform slowly rotated, allowing viewers to easily get a full 360° view. The R nineT is their highly customizable new retro-modern bike, appealing to younger riders. Vintage Indian Motorcycle at the Antique Club of America Booth

The Antique Motorcycle Club of America brought along some of their beautiful antiques, including this vintage Indian, and a Harley Davidson from the Motorcycle Cannonball. Unfortunately the [well deserved] fence around the booth makes photos very difficult. Triumph shows off their Gary Nixon tribute Triumph racer. Gary (1941 – 2011) raced as a member of the Triumph Factory racing team and won the AMA Grand National Championship in 1967 and 1968. Geico also brought custom bikes, like the Geico-green custom bobber above, with white leather seat and branded drive belt.
Honda commemorated the Goldwing with the “Gromwing”- a Honda Grom with a Goldwing paintjob. In the aisles amongst the bigger displays sat a variety of custom bikes from all sorts of different shops nationwide. Bobbers, cafe racers, stunt and drag bikes, all traveling to every IMS show for the J&P Cycles Ultimate Builder Competition Bike Show, kicked off at the 2014 Sturgis Rally. 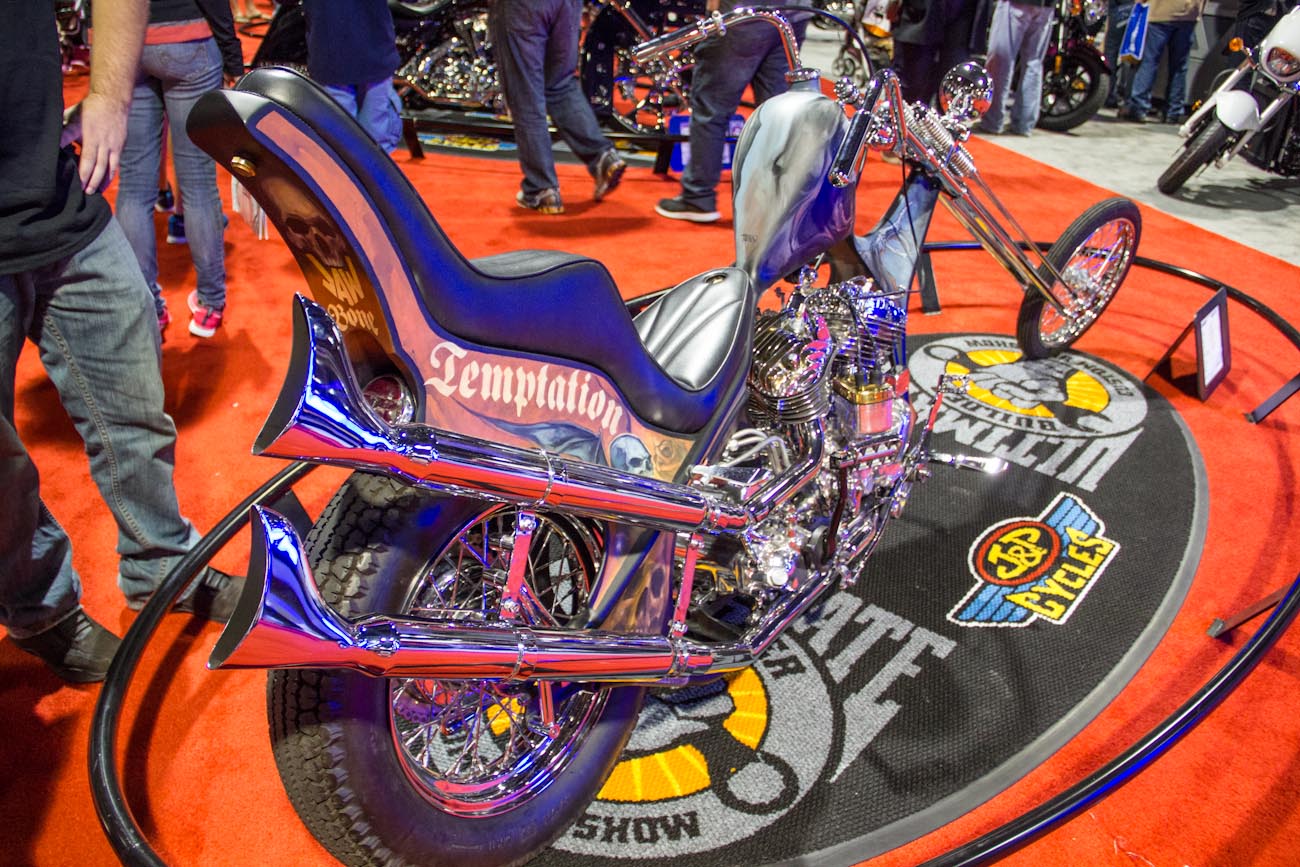 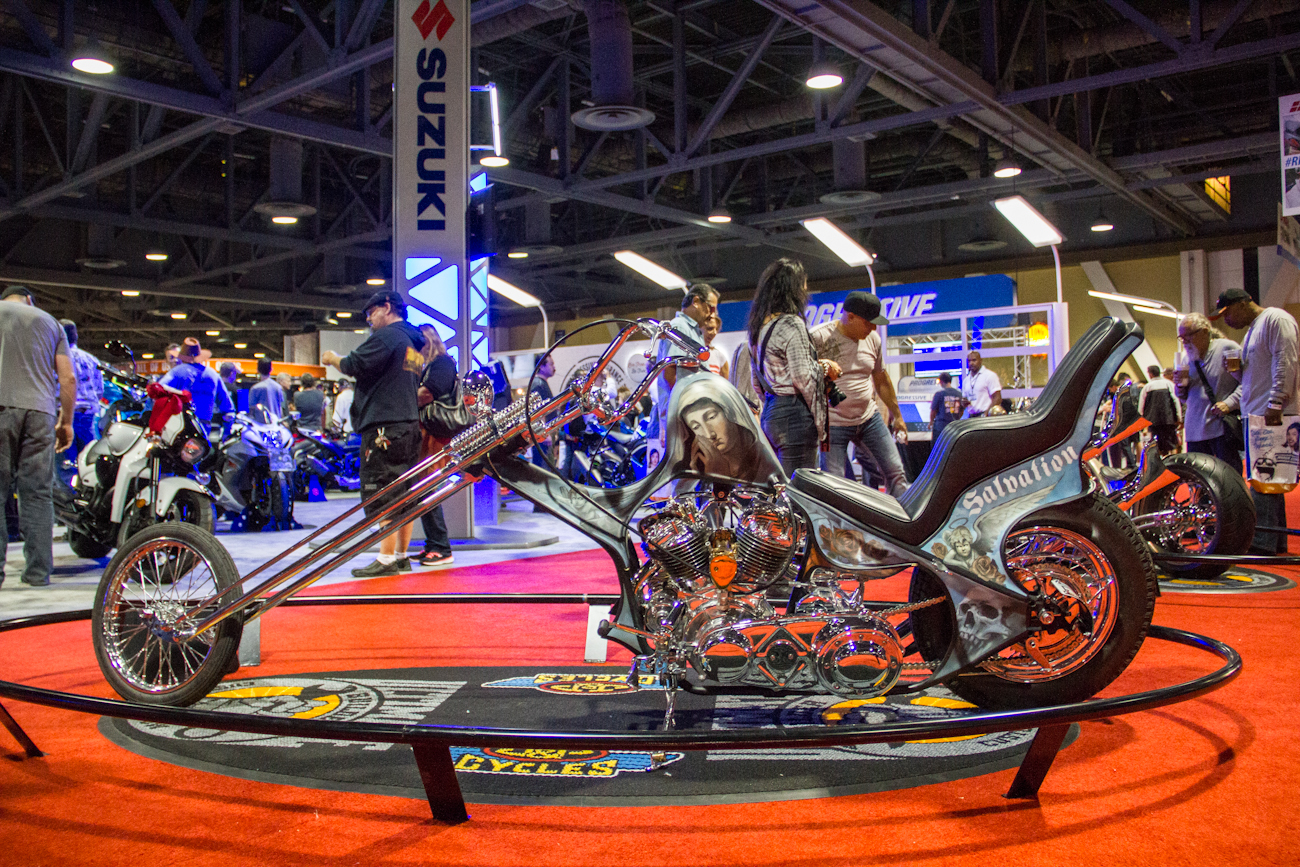 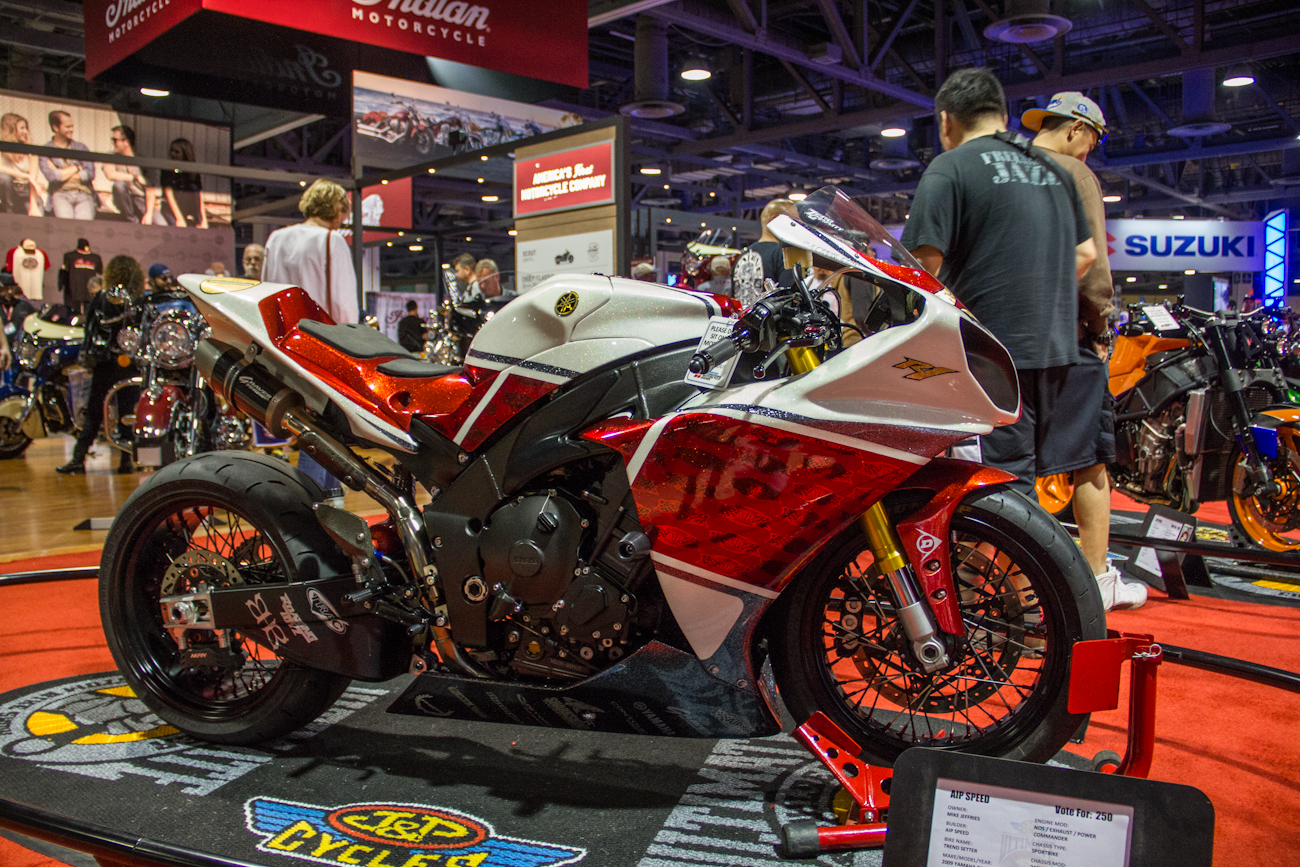 Over at the Russ Brown booth we were busy all weekend- hearing our clients’ success stories is one of the best things about shows like this! 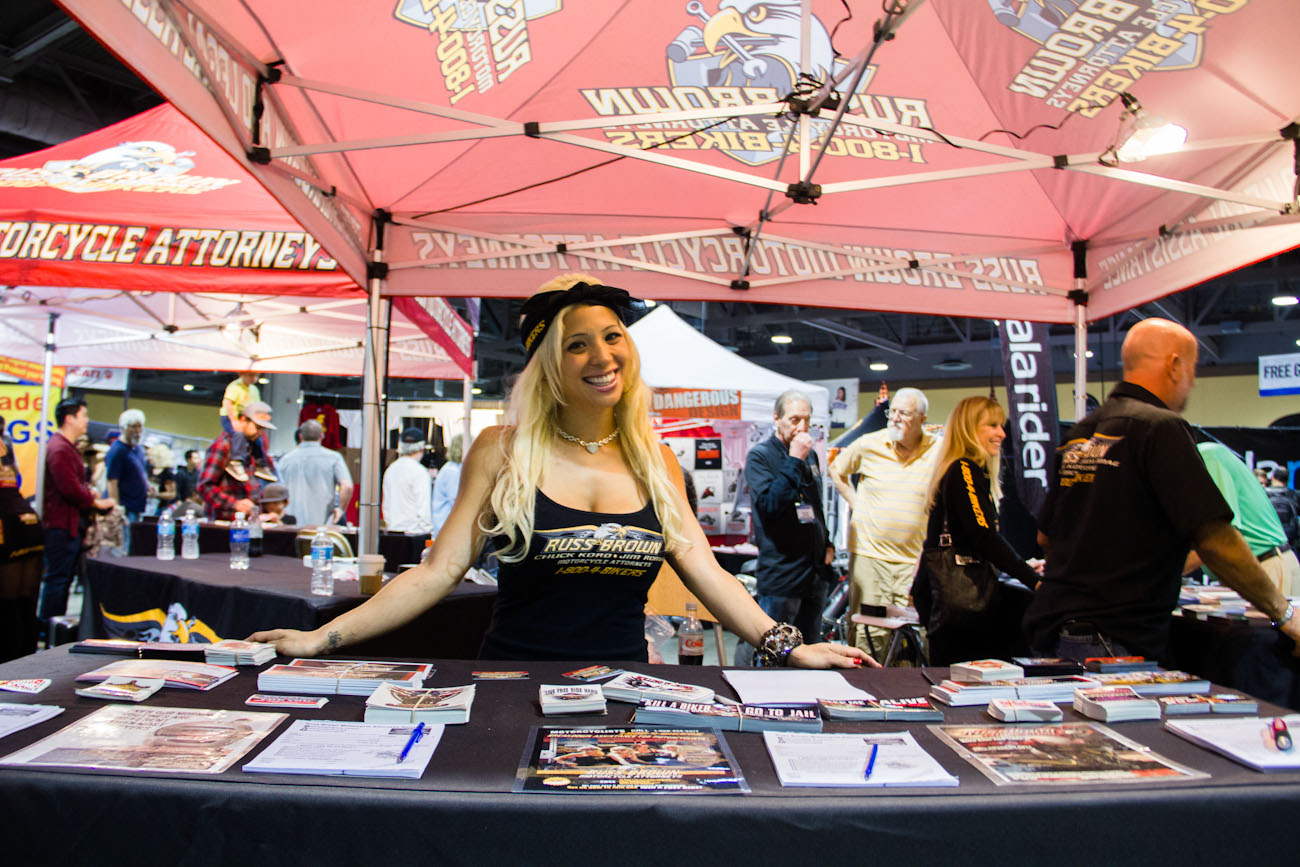 And don’t worry- IMS isn’t over yet! Check the flier below for 25% off your tickets with our discount code, plus dates and locations. Visit motorcycleshows.com. While the last shows continue on, make sure you stop by our booth and sign up for our GoPro giveaway! For more information, visit the Contests & Events page.