Rolling Thunder Street Memorial Project – For Those That Never Returned

In July, the New York State Assembly passed a bill sponsored by Assemblyman Frank Skartados, D-Milton, to rename a portion of Milton Avenue in the town of Lloyd, as the “Specialist Doron Chan Memorial Highway”.

Chan, a specialist with the Army Reserve’s 411th Engineer Brigade, was a 2002 graduate of Highland High School and was just 20 years old when he was killed in March 2004. He died in Balad, Iraq when his convoy vehicle swerved into oncoming traffic and flipped over after being cut off by a civilian vehicle.

Alonge was present at the dedication and publicly thanked Assemblyman Skartados who said, “This is just a small act we can do to honor Specialist Chan’s distinguished, brave service to our country.”

The twelfth street dedication took place in Crawford, New York, when Sgt. Kenneth Von Ronn was honored. Sgt. Von Ronn was a 2003 graduate of Pine Bush High School and was just 20 years old when he and six of his fellow soldiers were killed by an IED blast in Iraq on January 6, 2005.

Sgt. Von Ronn’s mother was present, along with several other Gold Star Mothers when he was honored in July. A large contingent from Rolling Thunder also attended the meeting of the Crawford Town Board for the special dedication of the street sign. The sign was provided at no cost to the town and the memorial does not change the name of the street.

At 100 chapters strong nationwide, Rolling Thunder® Inc has come together to honor soldiers killed while in service to our country. Of his street memorial project, Alonge said, “It’s a way of keeping their names alive. It’s for the mothers. That’s what it’s all about. 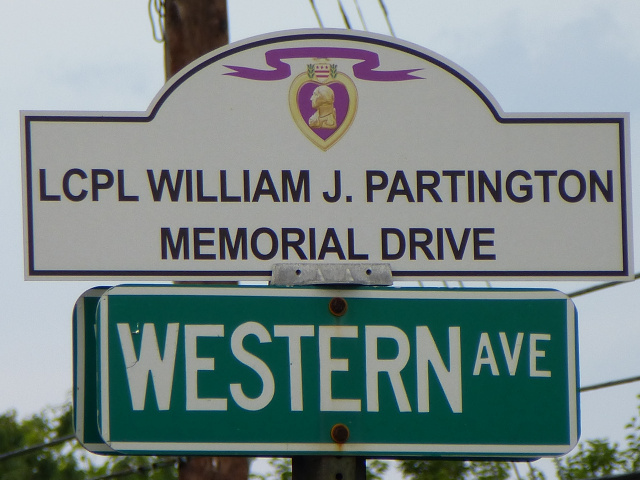